The actress intends to understand how the mind of a serial killer works in one of this season’s revelatory series.

Charles Manson’s death in prison this week has brought the spotlight back to this magnetic figure among serial killers, precisely the profile around which Mindhunter revolves, the latest from David Fincher (the director of Seven, Fight Club and Gone Girl). “This attraction to serial killers is nothing new,” Anna Torv, one of the protagonists of the Netflix series, explains to ‘Grazia’ from Los Angeles, “figures like vampires and werewolves have created an entire mythology around these types of crimes for a long time.”

However, if serial killers are a recurring element in crime shows and movies, don’t expect the typical uses here. In Mindhunter they speak about serial killers but there is no action, nor blood, nor crimes or victims on the screen. There are only photographs of the homicides. And with this it is more than enough for Fincher and the three main actors, Jonathan Groff, Holt McCallany and Anna Torv, to keep you on the edge of your seats episode after episode, in a spine-chilling environment, but definitely fascinating.
END_OF_DOCUMENT_TOKEN_TO_BE_REPLACED

Anna Torv: “Serial Killers are real, not monsters that live under the bed”

The actress stars in “Mindhunter”, a show that explores the origins of applied criminal psychology.

Television and cinema have given shelter to some of the most perverse minds of humanity. Stories about serial killers, mobsters or criminals of any kind have fascinated current viewers as crime novels and noir did at the end of the 19th century. Various numbers of fans of shows like ‘C.S.I’, ‘Criminal Minds’, ‘Cold Case’, ‘Law & Order’ know professional terms such as ‘crime scene’ or ‘profiling’.

But everything has an origin. “Mindhunter”, the latest Netflix phenomenon, travels to the late seventies to discover how psychology began to be applied to criminal investigations. At a time when everything was yet to be discovered (such a common term today like ‘serial killer’ didn’t exist back then and investigators invented ‘sequence killers’) two FBI agents decided to think ‘outside the box’ and search for new police methods. They were advised by the researcher Ann Wolbert Burgess, to whom the actress Anna Torv gives life. The actress, who is under David Fincher’s command in this production, spoke to ABC about the show and how digital platforms have ‘radically’ changed how we watch TV today.
END_OF_DOCUMENT_TOKEN_TO_BE_REPLACED

Anna Torv attended the Hollywood Foreign Press Association (HFPA) and InStyle’s Golden Globe party at Catch LA on November 15th. The night kicked off awards season as we count down towards the 75th Golden Globe Awards which will take place on January 7th, 2018! 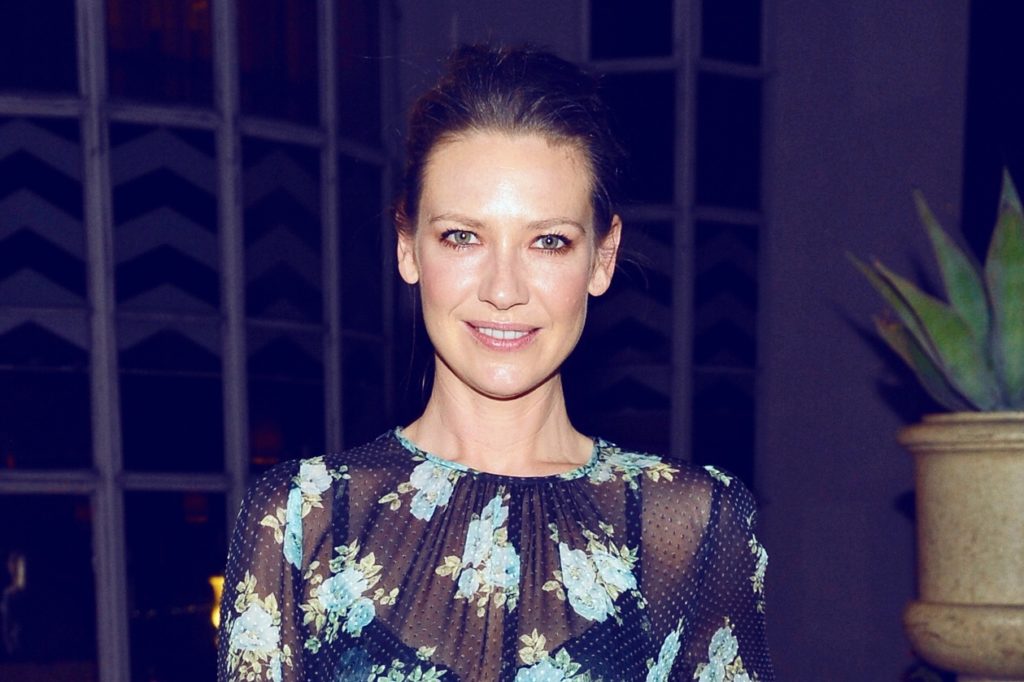 Visit our galleries for more photos →

The Netflix series MINDHUNTER is the most talked-about production of recent days and, of course, is also on our viewing list

In addition to the exciting story of the series, it was important to note that David Fincher was in the producer’s chair. Of course, one of the other factors that increases our interest is the level of enthusiasm of the cast. In particular, Anna Torv, a successful actress who brings life to Wendy’s character,

Here we meet with Anna Torv and ask her what we wonder about both the series and the character Wendy. We hope you to enjoy reading this interview specially for Marieclaire.com readers.

END_OF_DOCUMENT_TOKEN_TO_BE_REPLACED

MINDHUNTER: Anna Torv interview
With Netflix in the mind of serial killers

If you’re looking for a new show to watch next weekend, on October 13 Netflix released Mindhunter. Adapted from the book Mindhunter: Inside The FBI’s Elite Serial Crime Unit by Mark Olshaker and John E Douglas, the series takes us back in time to 1977, but the real travel we are going to start is the one in the mind of serial killers. We are at the beginning of the FBI unit’s dedication to profiling “serial killers”, when the need to comprehend what motivates men to do such terrible acts was slowly taking shape. Without justifying it or diminishing it’s meaning.

Do you remember The Silence of the Lambs? Clarice and Hannibal Lecter? That connection that can occur between a cold-blooded killer and the agent questioning him? In Mindhunter you can find that, the thin line between fear and curiosity, licit and illicit, morally right and immoral. You would be won over by intense and cerebral dialogues and the 1970s atmosphere (accurately recreated through locations, vintage cars and wardrobes). And then there’s the relation between Holden Ford (Jonathan Groff) and Bill Tench (Holt McCallany) so different from one another, to become the perfect partners. Forget the classic crime shows, full of action and gore, and get ready to give in to introspection. It's a travel through words that takes you into the folds of their brains (of both sides): yes, because by analyzing the evil we will end up questioning the good too. Add to the mix the fact that David Fincher (director of Fight Club, The Social Network and many others great movies, as well as the mind behind Netflix’s House of Cards) is one of the executive producers and you have all the elements to be drawn to this show.

In this predominantly male environment, the criminal profiler (as this role was referred to in those years) Wendy Carr, an incredibly strong woman, is ready to bring into line whoever tries to challenge her authority. Dr. Carr is played by Anna Torv, and we interviewed her for you:
END_OF_DOCUMENT_TOKEN_TO_BE_REPLACED

Former Olivia Dunham from “Fringe” is Dr. Carr in “Mindhunter”: the only woman in the main cast of David Fincher’s new series. Nevertheless, the director gave her a few lessons of feminism.

Even with the brown bobcut, Fringe fans recognized her at first sight. Mindhunter’s Dr. Wendy Carr, the new drama from David Fincher now streaming on Netflix, is Anna Torv who is best known for her role as FBI agent Olivia Dunham on sci-fi cult series Fringe (playing the lead alongside Joshua Jackson, former Pacey from Dawson’s Creek).

In the first ten episodes, directed by the American filmmaker and acclaimed by critics, the Australian actress, who returns after 4 years in an American project, plays a determined, smart and extremely confident woman, who assists detectives Holden Ford (Jonathan Groff) and Bill Tench (Holt McCallany) in developing their study of serial killers’ psychology.

“I tested few times, and the last audition was with David Fincher. Two weeks later they called me to tell me that I got the part: I was thrilled!”
END_OF_DOCUMENT_TOKEN_TO_BE_REPLACED

Anna Torv talks to Dazed about working with David Fincher, learning about psychopaths and training herself not to please people.
END_OF_DOCUMENT_TOKEN_TO_BE_REPLACED

Anna Torv spoke with Esquire and TVLine on Mindhunter’s cat storyline.
Spoilers for a subplot in Mindhunter follow below.

“I think it’s open to interpretation,” Torv said when I asked her about the storyline last month. “At first I thought, ‘Okay, is this representing all the faceless people that get taken by these killers every day?” This little thing [the stray cat] that no-one cares about—I mean, we find out about people that have been murdered because they have families who tell the police, but there are homeless people and prostitutes and street kids that nobody is missing, and serial killers target.” So that’s the symbolic read. Along the same lines, I wondered if Wendy trying to reach out to this stray cat and ending up with a bug infestation was a cautionary tale mirroring Holden, who’s becoming increasingly corrupted by his efforts to bond with serial killers. (Why yes, I was a pretentious English major, why do you ask?)

But then there’s the more literal possibility, that this is foreshadowing a creepy plot development for Wendy in the future. “Is there a serial killer in Wendy’s building who’s slowly starting out, and testing his bloodlust on feral kittens?” Torv pondered. “I think there are a lot of ways it could go.”

“I always take things a little too [introspectively], so when I first read it in the script I was like, ‘Oh my God, wow, this is actually interesting.’ I thought, ‘This little kitten is representative of all these faceless [victims] and we only notice the ones that are dead because they have families that are looking for them. And then here’s this little abandoned cat that no one is going to care about. And if that was a person, it’d be the same thing.’ That’s what I first thought when I read it, but that’s just because I’m crazy,” Torv adds with a hearty laugh. “I was making it so deep when probably she’s just, you know, feeding a cat.”

The actress later ran her theory by Mindhunter exec producer David Fincher, who quickly informed her, ‘Oh… no, that’s not it,’” she guffaws. Fincher then explained to her that the cryptic series of scenes were, at least in part, suggesting to the audience that perhaps “there was a kid in the building who’s going around killing cats. And it’s a birth of a new sociopath that we don’t quite know about. Because that’s how it starts — with [inflicting harm on] animals.”

USA Today spoke with Anna Torv about Mindhunter and its parallels with Fringe along with what it’s like being mistaken for Carrie Coon.

Anna Torv is one of the FBI’s most wanted — on TV, anyway.