We have added one additional production still from “Deadline Gallipoli” to our galleries!

We have updated our site with two promotional photos of Anna Torv for “Secret City” which were printed in the November 16th and June 6th issues of MediaWeek Magazine!

For director Emma Freeman, one of the most exciting things about filming the new political thriller miniseries Secret City was the opportunity to film locations that have never before been seen on-screen.

“We shot some beautiful scenes out in the PM’s courtyard”, she recalls.

“Peta Credlin was there and she came out and took some selfies with Sacha Horler, who was very much inspired by Peta Credlin for her character.”

Secret City – which was adapted from former journalists Chris Uhlmann and Steve Lewis’ novels The Marmalade Files and The Mandarin Code – premiered on Foxtel on June 5 and will shortly be released on DVD.

END_OF_DOCUMENT_TOKEN_TO_BE_REPLACED 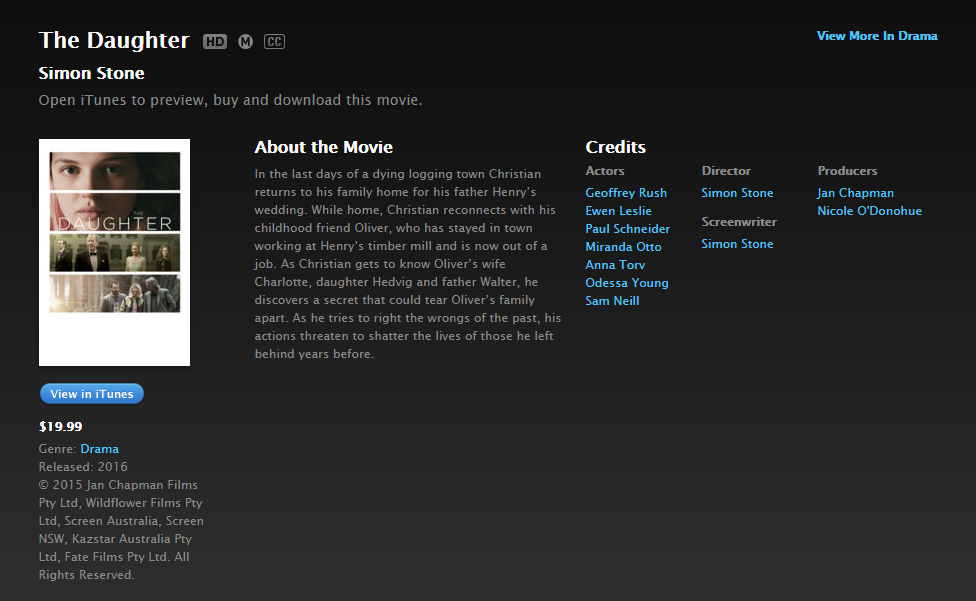 Live in Australia?  You can now purchase Anna Torv’s Aussie film “The Daughter” from iTunes!

We have added five videos featuring Anna Torv on the red carpet to our 61st Primetime Emmy Awards video gallery.

Matchbox Pictures has released a new 1080p trailer for Secret City with lots of new footage of Anna Torv!

Anna Torv sizzles in the June issue of Foxtel Magazine!

Not many television projects have enough pulling power to lure two accomplished actresses from Hollywood back to Australia. But, for Jacki Weaver and Anna Torv the hook of working on new politicial thriller, Secret City, had the pair jumping on a plane and back to their home turf. For Weaver, who has played her share of intelligent women, it’s the more complex characters that appeal most. Secret City’s workaholic senator, Catriona Bailey, immediately sparked her interest.

“She is very complicated, which I love because real people are full of contradictions, and she’s very powerful being the attorney-general,” she says. END_OF_DOCUMENT_TOKEN_TO_BE_REPLACED

It looks like Secret City may be getting a Season 2!   There has been no official confirmation from Foxtel or Showcase but The Daily Telegraph is reporting that the next season has already been ordered.  Between this and Mindhunter, it looks like we’re going to be seeing lots of Anna Torv on our screens in the near future!

It [Top of the Lake: China Girl] joins the political thriller Secret City, already slated for a second season, as well as The Kettering Incident, starring Elizabeth Debicki, and prison drama Wentworth, which has been sold to 40 countries.