Anna Torv had landed a lead role in FOXTEL’s six-part miniseries “Secret City”! Anna will be playing senior political journalist Harriet Dunkley. Amidst rising tension between China and America, Harriet pursues a long-buried and exposing secret, leading to assassination attempts, suicide and murder. Beneath the placid façade of Canberra, she uncovers a ‘secret city’ of high-level Australians corrupted by the competing super-powers.

“Secret City” is based off the novels The Marmalade Files and The Mandarin Code by journalists Chris Uhlmann and Steve Lewis. The miniseries will be executive produced by Penny Chapman. Anna Torv will star along side Dan Wyllie and Damon Herriman. Filming begins in August and the miniseries is expected to premiere on Showcase in March of 2016.

Get set for a major increase in Australian television content, after Foxtel pledged to double its investment in new locally made shows over the next three years. In a boost for the industry, the subscription TV provider will significantly up its acquisition of original scripted, factual, lifestyle and entertainment programming by 2018. Specifically, Foxtel will expand its already successful drama slate to at least five major series each year, a big lift from the current average of two.

Just one of those new shows will be Secret City, a political thriller inspired by the best-selling novels of journalists Steve Lewis and Chris Uhlman. The six-part miniseries, announced by Foxtel on Tuesday night, will star Anna Torv, Dan Wyllie and Damon Herriman and is expected to hit screens in 2016. As well as expanding its local drama offering, Foxtel has pledged to commission at least nine new premium entertainment and six new documentary series each year. The budget for factual programming will also triple. An investment of this level in local talent is unsurpassed in the subscription space, Foxtel chief executive officer Richard Freudenstein said. “Foxtel has been a proud producer of local content across all genres, from the best in local drama and comedy to premium documentaries and reality programming,” he said. “We’re looking forward to unveiling the fruits of our investments over the next few months.” Its major focus on Australian shows in recent times has resulted in countless ratings success stories, as well as critical acclaim, for shows like the global hit Wentworth.

Screen Producers Australia chief executive Matthew Deaner welcomed the announcement. “This commitment from Foxtel is very good news for Australian screen producers and for Australian audiences,” Mr Deaner said in a statement. “The investment by Foxtel into scripted content and factual programming by 2018 will, in particular, will provide a significant boost domestic production levels.” The local drama slate will soon expand with the highly anticipated revival of A Place To Call Home and new series The Kettering Incident. Its reality offerings, such as Australia’s Next Top Model and Selling Houses Australia, are also solid performers. 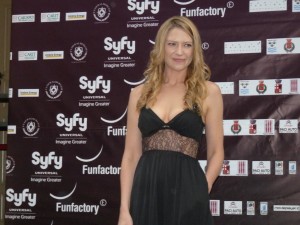 Anna Torv’s Aussie film “The Daughter” premiered June 4th at the Sydney Film Festival. The film is inspired by writer/director Simon Stone’s adaptation of Henrik Ibsen’s stage play “The Wild Duck”. It stars Geoffrey Rush, Ewen Leslie, Paul Schneider, Miranda Otto, Anna Torv, with Odessa Young and Sam Neill. Reviews are starting to trickle in and thus far most are very positive. Check them all out below.

The entire cast seems to be getting very strong praise based on early feedback. We’re really looking forward to seeing Anna’s role in this film! “The Daughter” opens wide in Australia on September 10th, 2015 and is expected to get an international release soon afterwards.